Happy Friday, I am celebrating my beloved Friday with, of course, Fish and Chips.  Today, I am doing something slightly different, a British soul food, Fish and Chips at French (chain) bistro, Café Rouge.  One of my colleague told me she had one on Thursday night and and was mildly praising.  I must do (copy) this.  Conveniently, Voucher Codes sent me a voucher of 50% main courses at Café Rouge.  Yey! 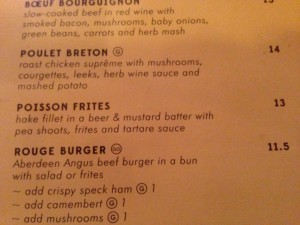 £13 is top end of what I pay these days in pubs.  I went Café Rouge so many times in the past but never gave any attention to Poisson Frites.  But who does!? 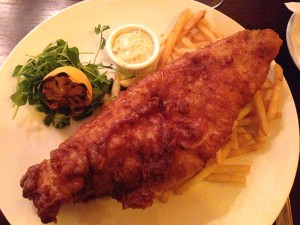 Ah, no mushy peas, but it is OK, this is French version, But is the naff grilled lemon French? 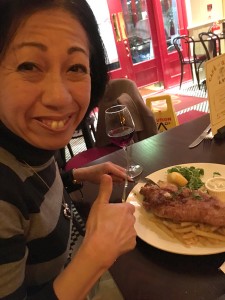 Even bigger smile on my face. Hey fish skin on, well done mate!

Overall 9/10 despite pea cock ups, you have made a massive impression to Fish and Chips critic.  Don’t ever underestimate French!  Even better, I had 50% off, costed me an impressive £6.50.  THANK YOU Café Rouge!