Hooray! Friday at Kentish Town, The Grafton.  I remember you back in old days as Grafton Arms. Though I never had been.  This is new you, buzzing atmosphere with loads of young people. 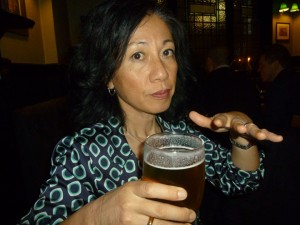 I am afraid my first pint of Amstel was not quite as cold as it should be. Soso for me 6/10.  You have lost 1 point for not serving in funky Amstel glass.

To be fair though the second pint was much better.  However, just like a job interview, the first impression is the most important.   Let’s get Fish and Chips. 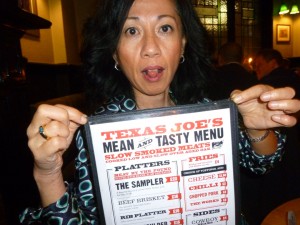 Why turn into American?  Menu reads all foods >1500kcal per portion, please stop selling obesogenic foods to us.   Whoops, ah, don’t ask me the calorie of fish and chips.

Then I suppose this is no difference in selling Thai foods in pub?  Though I could not stop feeling “not quite right”.  I don’t think I will rush back soon….. then looked the website, apparently you were named the Great British Pub of the Year 2014…

I learnt the basic rule of the life…. we all have a different opinion.  Good night!