Good evening all!  It has been over 3 months since I had my last fish and chips.  I have been having rest from it, to give a rest to my palate.  So that I can continue to be a reliable critic.  The Riverfront, here is the important place for me, the birth place of Fish and Chip critic, as I explained before. 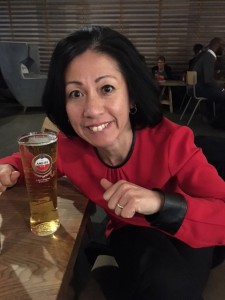 My pint time!  One of my favourite, AMSTEL.

I am smiling but when I saw this pint, I knew it is sub-optimal pint.  Just looks flat and it tasted flat.  I had this experience before in here.  Very disappointing.  To be fair, the second pint was perfect.  For not be able to provide the important consistency, 5/10. 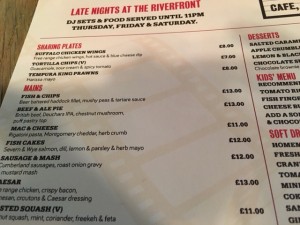 First impression, the dish is too small, foods were piling up.  Not pretty. 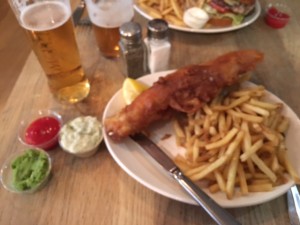 So I moved ketchup, tartar sauce, mushy peas from the dish.  Still too small for the amount of the food. 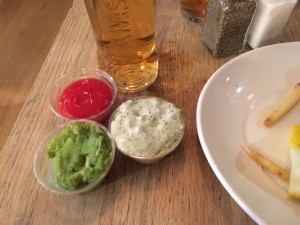 You may think why I go back same place again.  But tonight proved that even in the same place, food changes (including presentation) periodically.  I will also look at consistency too.   Overall 4/10 (lost points  due to no rating on chips and terrible mushy peas), previously scored overall 6/10 (Oct 14).  I gave you  enough areas to work on!