Good evening, it has been a while.  This is retrospectively written Fish and Chips critic but trust me! I do remember things clearly even after over 2 weeks.  This is because I had a heated opinion exchanges on taste with my peers who temporarily turned into Fish and Chips critics at St. Christopher’s Inn, London Bridge. 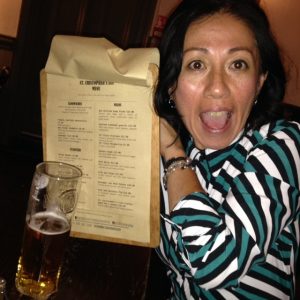 Always great to see simply described menu, which is good sign, no pretentiousness in it!

Fish and chips £11.50.  This is it!  With, again, simple description of “Freshly battered cod with fresh hund-cut chips”.  Simple is the best, especially oldies like us who find difficult to follow small printing in dark light. 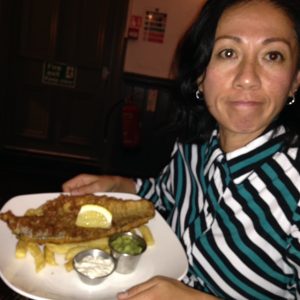 First impression was not good….but I must admit, I forgot why, sorry! but this is not important. then, is any of what I am doing important? 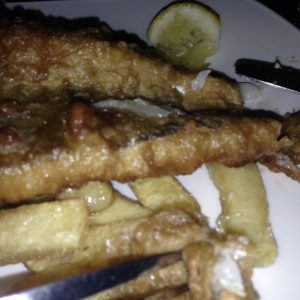 Sorry folks, this is all the photo I have! my camera failed to flush all other photos were unusable to maintain the quality of this critic!

I go back now to eat those chips.  Shame about fish, then, I found, 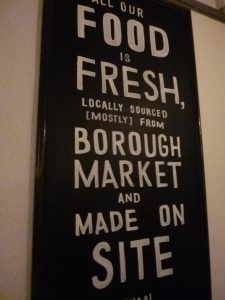 I will be back for chips + beer, and big credit to your honesty!